SECRETS OF THURIA
The morning after uncovering a terrifying conspiracy that could ravage her world, Matron Sahnassa de Orturu learns that the powerful and mysterious alien from her past has returned! Together, they must convince the great houses the threat to planet Thuria is real!  As the conspiracy begins to unfold, de Caterra treachery infiltrates and cripples the great houses while the enslaved Vulpi perform unspeakable acts of horror for their Faelnar masters. 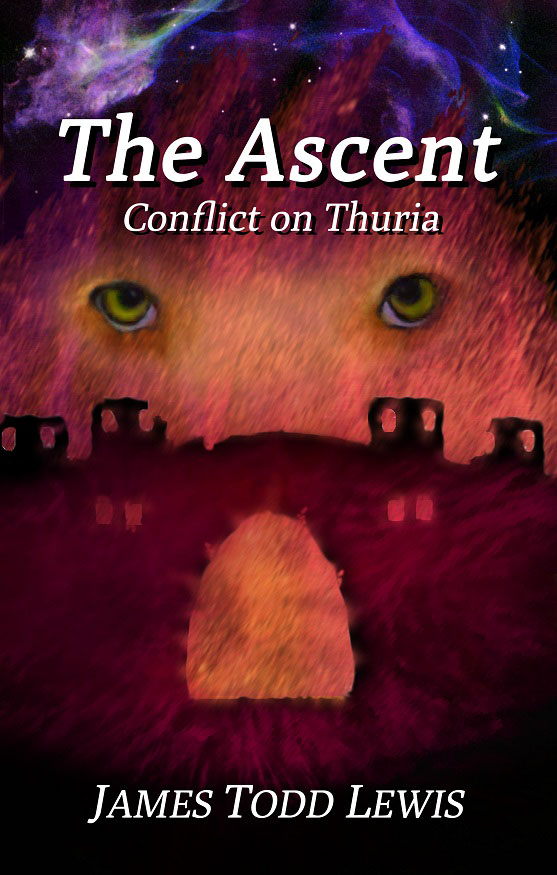 The morning after uncovering a terrifying conspiracy that could ravage her world, Matron Sahnassa de Orturu learns that the powerful and mysterious alien from her past has returned! Together, they must convince the great houses the threat to planet Thuria is real!

As the conspiracy begins to unfold, de Caterra treachery infiltrates and cripples the great houses while the enslaved Vulpi perform unspeakable acts of horror for their Faelnar masters. As the secret records detailing de Caterra atrocities are leaked to the public, riots and threats of war start to shake Thuria to its core!

Sahnassa’s friend, Vanarra de Gonari, finds her newly adopted house besieged, with its very existence in danger! Working together, the three must save the Vulpi, house de Gonari, and the whole of Thuria from the de Caterra before it’s too late!

The future of Thuria is at stake!

Sahnassa awoke to a strange sensation, a smell that was nice but one that shouldn’t be there.  As she struggled to right herself from her odd sleeping position, she looked over at the clock.  It was only four intervals until mid sol.  “Astalla must have keyed in,” she thought to herself, standing and making for the bathroom.  “That was nice of her.”  After a few moments, she cleaned herself up, put on a robe and walked towards the main living area, wondering what she would say to Astalla to explain her appearance and late start.  She walked into the room and sure enough, saw the Nephti’s dark furred arms as she worked in the kitchen, stirring in sweetener for the tea.  “Thanks for coming,” she croaked.  “I … I had a bad night last night.”

“It would seem so,” a male voice, all too familiar, responded.  Theo turned now to face her, the visitor from beyond her world who had saved Vanarra and her on that mountain top, and in turn had allowed them to help save everyone else.  She closed her eyes and blinked and then looked again.

“It’s you?  It can’t be!” she exclaimed, her voice capped at a whisper.

“Yes, Sahnassa, it is me.  I am here, and this is real,” he assured her with a calm smile.  “After all, such nice tea isn’t often served in hallucinations!”

Stepping slowly towards him, she didn’t know what to do, but her memory of what she found and her fear burst forth in tears.  Walking forward, he embraced her, wrapping his arms around Sahnassa as she cried great sobs.  “There, there, Sahni.  It’s going to be okay,” he said, comforting her.  “Don’t even worry about explaining.  I already know.”

“I don’t know what to do!” she wept.  “I found out, and no one would believe me if I told them, and it’s so bad and horrible and scary!  I need help!  All of us need help!”  Her pleas were offered softly and intensely as she clung to him as if willing him not to disappear.

“Come now, let’s sit.  You can drink, and I’ll do the talking if that’s okay.”  She nodded, and he guided her to the sofa.  He was soon back giving her the tea and sitting on the couch next to her.

“It’s so good to see you again.  I thought I never would!” she exclaimed, starting to cry, again.

“There, there, now,” he offered gently as he wrapped his arm around her and pulled her close.  “I know.”

“How … how did you know to come?” Sahni asked, starting to regain control of herself.

Theo sounded a little apologetic.  “Well, your watch had one other little ability I didn’t tell you about.  It’s a monitor of sorts with a transmitter.  Late last night or actually early this morning, when you begged for help and mentioned the scale of what you found, it decided that the concern was great enough to send out a planetary distress call.”

“What … does that mean?” she asked, looking up at him.

“That many more ships than the Tashar are now here,” he answered, smiling down at her.

I really enjoyed the story to the point of not wanting to put it down at all, even for sleep or eating.

The Ascent is Such an amazing book. It keeps me up late at night reading and wondering what happens next.

The author is fantastic! Totally recommend!!

Witness the firestorm of a conflict on Thuria!  Enjoy in paperback or Kindle eBook!