The Legacy of ARIS

With a royal heir as her anchor and security, Relitha combines intellect with a relentless will to fashion a brutal and calculating conspiracy worthy of the feared goddess Aris, herself. Can the suffering Mayara free themselves from her bloody reign before the Legacy of Aris consumes them all? If they do, what kind of future awaits them beneath her baleful stare? 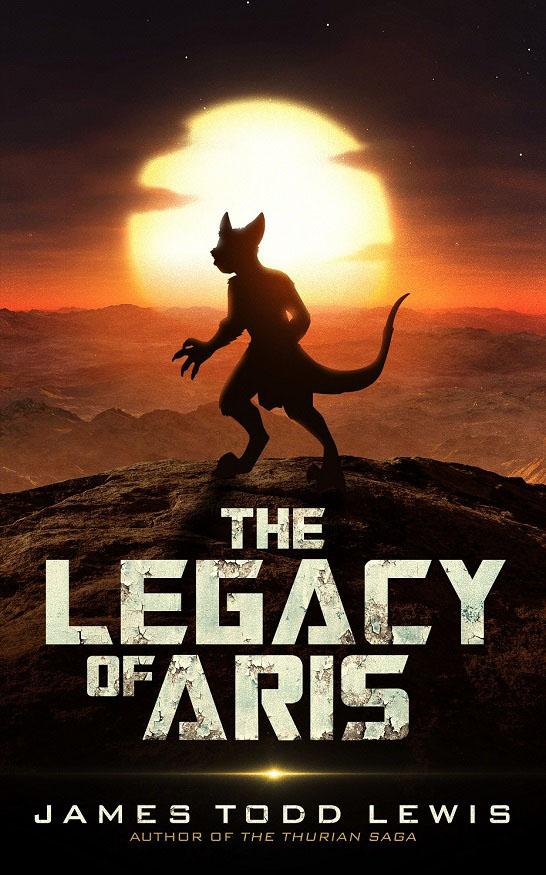 Aris … Burning harshly in the sky above.

Aris … Eternal scourge of the Mayara.

Alone, one outcast female has struggled to fend off starvation on a barren world where all hope has fled, and desperation is a constant companion.  Step by step, she made her way into the halls of power. Small gains and humiliations placed her beneath the eyes of someone powerful wanting to use her as a simple means to an end. Relitha was all too willing. The king was a door, and she would pay any coin to enter.Now, with a royal heir as her anchor and security, Relitha combines intellect with a relentless will to fashion a brutal and calculating conspiracy worthy of the goddess Aris, herself. Can the suffering Mayara free themselves from her bloody reign before the Legacy of Aris consumes them all? If they do, what kind of future awaits them beneath her baleful stare?

Tarma waited impatiently for Almar’s return as she had the difficult task of convincing the refugees from the city not to kill Salmar for threatening to expel them.  “He’s the worst sort to act as leader,” she grumbled to herself.  When she spotted Almar’s swiftile appearing over the horizon, she sighed while thinking in his direction, “You had better be coming with good news on relieving this overcrowding.  If you don’t, all of these will likely murder one another solving the problem for us.  Salmar is the worst possible choice you could have made to act in your stead.  We’d have been better off appointing a swiftile or a skitterer.”

As she couldn’t read him, he couldn’t answer her, and she quietly closed her mind to him shortly after offering one additional detail.  “The scouts have confirmed Relitha is concentrating her purges in the city right now.  She hasn’t sent any forces in this direction, yet.”

When he finally arrived, he was bursting to finish the one-sided conversation she had started.  “You don’t know how maddening it is to be able to hear your complaints and not be able to give you back as well as I’m getting!  I have to sit on the back of that beast and chew them raw the whole time.”

She, satisfied, smirked and said, “Well, then you’ve had time to listen and ruminate over your dreadful choice which nearly cost me my life.  That seems a fair punishment.  Hopefully, you bring something that looks like relief so you can regain the reigns here and consign Salmar back to the task of frelas harvesting.”

“Good news, indeed.  We are, by no means, the largest group rebelling against Relitha nor are we the most fortified or safely placed, although their leaders believe we would make an excellent forward base.  They want to get all of the children and families into their facility as quickly as possible and send skilled warriors here to train the rest.”

Tarma startled.  “Really?  How many are they willing to take?”

“Based on what I described to them, about ninety.  We need to start running them to a couple of relay points starting tomorrow.  It will take a while to get them out secretly where the guards from the city can’t see them.  However, their leaders think we’ll benefit by acting quickly.”

She followed him in as he stabled his animal, patting it lightly on the shoulder before letting it eat from the trough.  “Their leaders – who are they?”

“You replaced one of them in the castle – Masella.”

“It was the Lady Masella, I thought?”

“She forsook that title when freed from her unwanted mate,” he explained.  “Now, there is a second, and he’s a seer who could give Boscar a challenge, maybe even defeat him.  His name is Lalerro.”

“The princess?  Did you see or hear anything of Trillias?” she asked, carefully studying him.

“If they are hiding her, they are keeping it quiet.”

She looked at him with an almost disgusted expression.  “Masella was once her caretaker, and Lalerro was her friend when she was a child.  I very much doubt either of them would be willing to risk the chance of the queen or her guard getting their claws into that precious hide.  If she’s anywhere, she’s there.”

“What were you looking for?  Royal robes?  A crown?” Tarma chided as she sat down, her arms crossed.  Almar’s scales lifting and color darkening at her remark made her smirk at him.  “That’s as much an answer as I could have wanted.”  Defeated, he settled and shifted color.

“I’m not that stupid, Tarma.  I did keep an eye out for her, but unless they pointed her out or she was all decked out in finery, I couldn’t have actually known.”

The older Mayara female looked at him, curious.  “You have abilities!  You were blind?”

There was humiliated embarrassment in the response.  “Uh, yeah.  Lalerro is that powerful.  I barely could get to within half a day’s ride before he shut me down,” he confessed.

Tarma considered this for a moment and then posited, “Fine, you have fair points, but you also have eyes and—” she started, but then her expression turned amused.  “You’re young – a young male not even of fertile age but fast approaching it.  So, did anyone happen to catch Almar’s fancy while he was there?”

Although he tried to still the tremor through his scales, he couldn’t.  “There were a few nice-looking young females there, yes,” he confessed.  “Far more than I’ve ever seen, but there were more of every kind of individual than I’ve seen in a long time.  I’ve grown up tending the wind funnels and picking frelas moss out of them.  You certainly don’t meet many lovely females there.”

“True, but you’ve had an interesting assortment ranged around you in this place, and there are a few who are quite lovely who have been here since Relitha’s day of terror.  Never has one made you twitch, not once.”

He looked at her, a little worried.  “You … observe me that closely?”

“I observe everyone that closely,” she replied flatly.  “You saw someone.  She impressed you.  Describe her.”

It always fills me with gratitude when someone mentions that they have read and appreciated these stories.

When someone responds kindly, please know that it touches me in a real and personal way.

Uncover the Legacy of Aris! Enjoy in paperback or Kindle eBook!