SOUL OF THE MIXED BLOOD
Orphaned by the brutal death of her mother right before her very eyes, a young Anati child flees into a nightmare of lonely survival, desperate hunger, and fearfully haunted nights.  In the same city, a young purebred Nephti has everything she could ever want – prestigious parents, a noble family house, and a well-appointed lair.  These two will become the heroines of their age and legends of the ages to come, but the path that leads them there will be neither easy nor glorious. 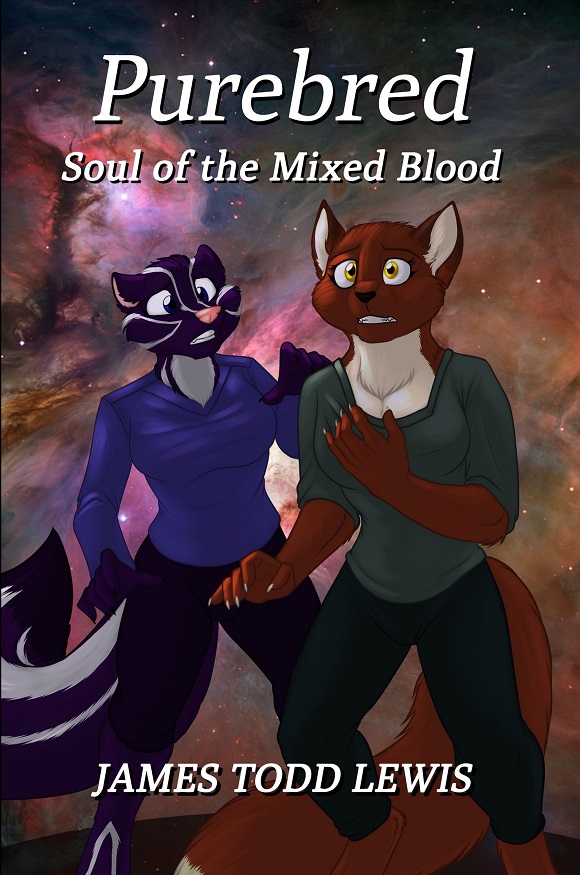 The bridge connecting the grand and storied Meeting Den Resort with the outside world has collapsed! The resort’s buildings are on fire, and the worst ice storm in five hundred seasons is on the way. Thurians of every age and rank are now trapped high in the Yarvea mountains without heat, communications, or food.  With no ability to escape on their own, the coming sunrise might well be their last!

Nearby, a vehicle leaving the Meeting Den has been buried in a landslide triggered by the same quake that isolated and nearly destroyed the mountaintop resort. Close to death and entombed beside her unconscious employer in their crushed vehicle, Sahnassa de Orturu cries out into the stifling darkness for help, knowing that no one can hear…

… but someone does! She awakens inside the fantasy she’s always dreamed of – contact with life outside of her own world!  An extraordinary being with astonishing powers heals Sahnassa and her boss, Vanarra Anasto, and places them back safely on the mountainside. With his secretive assistance, the two stranded Thurians must ensure that help gets to the Meeting Den before time runs out!

Fifteen hundred lives depend on it!

I could really feel the pains that both Van and Sahni went through, having followed parts of both their lives in my own.

Mr. Lewis' delivery of the content was emotional, heartfelt, and makes you smile, cry, and scream.

Mr. Lewis' delivery of the content was emotional, heartfelt, and makes you smile, cry, and scream.

The beginning of the Thurian heroines!