The “Bonus Story” Feasting on Memories is now complete!  Parts 5, 6, and the Epilogue have been posted for your reading pleasure!  For those who are wondering what this is about, Van (at right) is a character with a very complex history, not to mention interesting (and sometimes frightening) abilities.  This story covers a little of the background explaining how Vanarra Anasto, a cast out orphan mixed blood, was able to learn how to drive her hover better than most professional security drivers, not to mention curb her blood rages.  For those who read, please be aware that the story does contain some adult themes (because Van’s relationship with who taught her all of these things was somewhat that way). 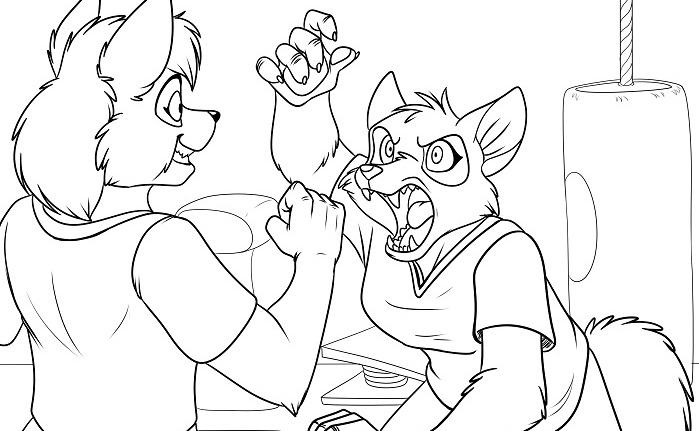 After that, I actually am thinking of another book (completely different characters) involving one of the Allarrae’s enemies – the Capelates (pronounced kuh-pell-ates).  Yes, me and my text-to-speech synth are having a disagreement on that.  I’m thinking the story would largely be told from the enemy’s point of view, and I already have some initial groundwork laid out.  (In point of fact, it’s hard to focus on the third Beyond novel because I’m getting so much detail popping into my head on this one – it’s working title is Enemy Deity.

Well, that’s all for now, but if I get time today, I’ll answer another question I saw in the comments on the rapid spread of religion after The Fallen…

Until then, See you in the future!