More questions from a reader of “The Fallen” answered! 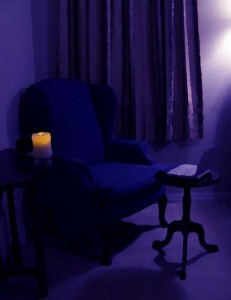 Here are some more questions brought up by another reader of The Fallen.

Question:  While he liked the story, overall, he felt it a bit too surrealistic that the creator religion would be so widely accepted by most Thurians without a second thought.

Answer:  Okay, you totally got me – where human experience is involved (wink!).  We really don’t have a parallel to Rahnahi de Dothnar in our current culture who could draw attention to something like a religion so powerfully or quickly.  We haven’t had one in our recent past, either, so the parallels are are difficult to draw with only human history as the backdrop.  However, I think you can get there if you figure in a few “Thurian” factors.

My model for Rahnahi was the late and much beloved Maya Angelou.  However, wonderful author, poet, and civil rights activist that she was, she was never sitting as the head of a government (such as a family house).  Also, she wasn’t required reading in many universities across the elongated Thurian lifespan.  While humans can get up into their 80’s and 90’s, imagine the influence of someone who had two or three times that lifespan.  Envision Steven Hawking and Albert Einstein able to debate each other face-to-face with Neil deGrasse Tyson as moderator.  So, point one – a very influential cultural figure the likes of which we have never really seen in recent history.

(Spoilers) Point two is the downfall of the de Caterra.  Religion is mentioned in various places before The Fallen, and it was clear that there was no deity outside of the family leadership or ideals, as far the de Caterra were concerned.  It was a view they held, a view they promoted, and a view that fell into rapid disfavor when they attacked the other houses and were obliterated.  De Caterra also supported (through various means) a system of belief that held that mixed bloods were genetic mistakes, and that philosophy, too, takes a rapid reversal in Thurian society after their defeat.  It’s so rapid, in fact, that the Foundationalists commit horrible atrocities trying to reverse it.  Their end, as well, adds to the harshness of the anti-de Caterra backlash – a repudiation of all of their points of view.

Point three – “most Thurians” (presuming this means > 50%) overstates the acceptance of the Creator’s religion by a fair amount.  During the American revolutionary war, if I remember correctly, only about a third of the colonists were actually for independence.  That’s sort of where my mind put the percentages here, too.  There are examples in Beyond Incarnation, book one of the Beyond series, of individuals who clearly DO NOT subscribe.  However, it is enough of the population that, tempered by the houses, Thuria enjoys a long “golden age.”  Okay, best shot at an answer on that one – next concern!

Question:  Wasn’t it a big mistake to trying to go too far into the future while being at the beginning of the arc?

Answer:  Well, that depends if you like what I’ve got coming out in Beyond Incarnation.  (You should find a preview of it at the end of Trials of the Teldear.)  If you read the epilogue of The Rescue, you pick up a few key facts.  First, (spoiler) Vanarra has become a Grand Matriarch along with Sahnassa.  Both are venerated for their part in the Meeting Den and everything done since, and although their friendship hasn’t always had it easy, the two have remained very close.  Certain events (such as Saletta’s stabbing) are also previewed, and they have also come to pass in the books.  Finally, you get that Van makes the decision to leave Thuria with Sahnassa and Theo.

All told, the epilogue of The Rescue isn’t very long for the ground it covers, and there is (or should I say was) ample opportunity for expansion and higher detail.  That, basically, is the beginning of Beyond Incarnation.  It was a truly neat to write that with the epilogue of The Rescue sitting right there, making sure the dialogue matches perfectly but giving it so much more life and depth than it ever had before!

Now, I know it seems like I’m saying over and over again “Wait till the next book!  That will explain everything!”  Well, in this case, it’s not actually wrong – the Beyond series was planned well before writing of The Fallen ever started, and I toyed with the idea of not explaining where the Creator’s religion comes from by skipping the entire book.  However, not doing so pulls away massive underpinnings from the conflicts in Beyond Incarnation.  Without The Fallen, people would be wondering – “Hey, when the Thurians find religion?  I don’t remember that in any of the other books!”

So, for this next book to work, there has to be a religion, and it has to have caught on and be reasonably popular by the time the book ends.  After all, you can’t have something blow up that isn’t there in the first place, I’m afraid.  In that way, the series is continuing, and there are already two complete manuscripts for Beyond one and two with me starting the third one very soon.  So, the series hasn’t ended, yet.  That’s why it doesn’t feel finished!

Okay, thanks for the comments, and remember, the best way to ask me questions is to post them as messages to the Facebook Page of The Thurian Saga!

Thanks and see you in the future!

PS:  The picture is of the chair where I do a lot of my writing, however, it’s color is a little different in real life. 😉 Thank you, Photoshop Elements!